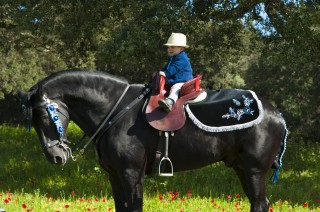 Xifoner TB was born in the Livestock of Francisco Triay Barber. At the age of two it was owned by Bartolomé Ramón Bosch, who made a choice due to the quality of its gaits, its good character and its height (it was tall for its age). Since 2015 up to the present it belongs to the Livestock of his wife Caterina Mingorance.

Its owner describes it as a kind animal in spite of its large-size, easy to handle and with good memory. It allows the horse to be dammed and comply positively the rider’s commands. The horse learns with ease and it is able to repeat the commands several times thanks to its good character and collaborative nature. 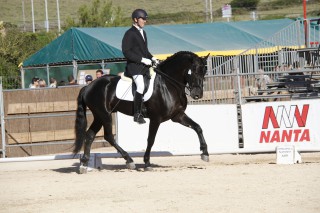 Xifoner TB, who participated in the morphological contest of the Breed, has also obtained outstanding results, having obtained the Functional and Morphofunctional Championship award in 2013, 2014, 2015, 2016 and 2019; its offsprings also stand out in the Ranking of Best Menorca Breed Horse for its output for Dressage.

Its owner states that there are a lot of large offsprings of this stallion, and they have good gaits too. Therefore, the recent years it has been used mainly for breeders looking for improvement of the functional capacity of the products of their stud farms.